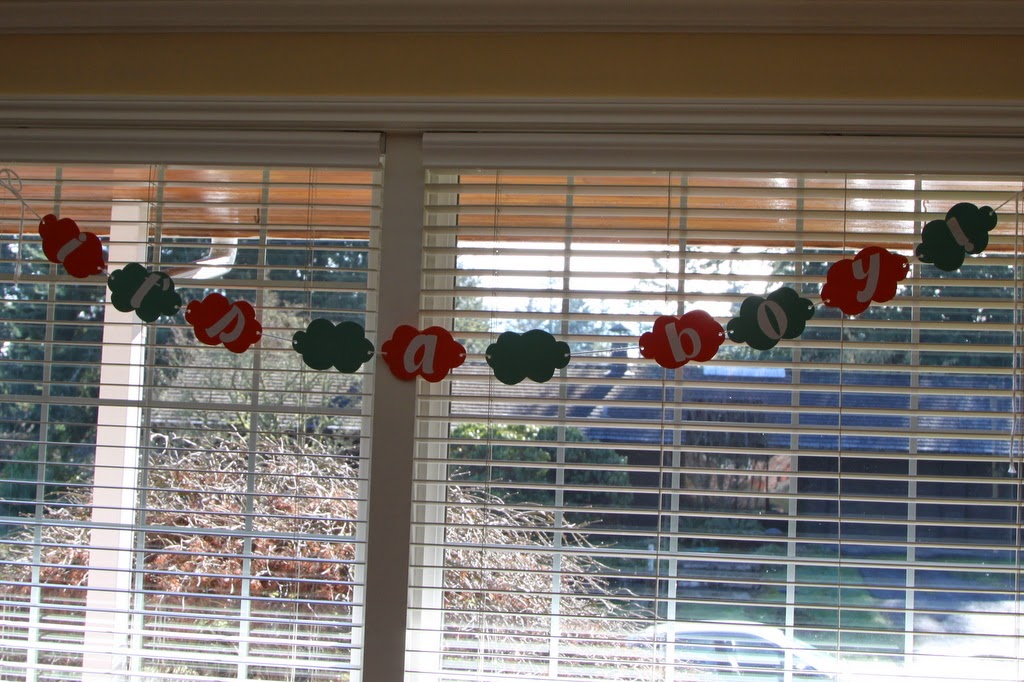 Confession: In the past, I always thought of people with food allergies as being kind of high-maintenance-types, akin to picky eaters.  (Yes, I recognize that this was terribly judgmental of me.)  Then my beloved sister developed intolerances to dairy, gluten, soy, peanuts, sunflower seeds, most tree nuts, and shellfish.  Most of the time, I'm able to alter recipes so that I don't poison her, but this became even more challenging when I wanted to throw her a baby shower.  Given her allergies plus the added food restrictions of pregnancy (no deli meats, sushi, alcohol, raw sprouts, etc.) and I stepped into a veritable culinary minefield.

After an undue amount of recipe searching and deliberation, my mom, sisters and I pieced together this menu that is friendly to the majority of food allergies. 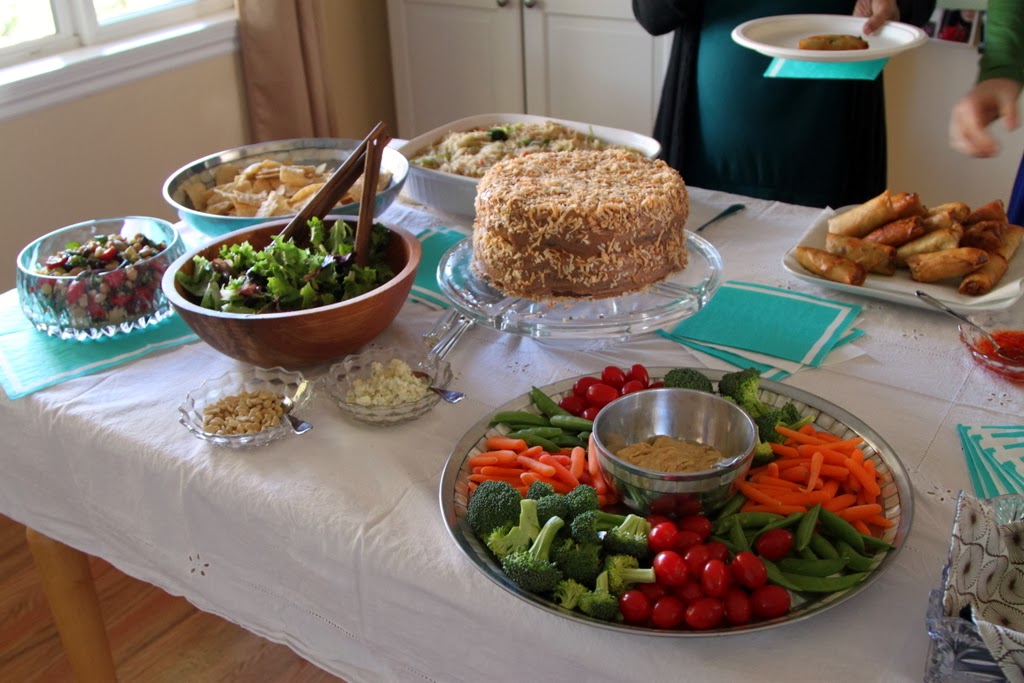 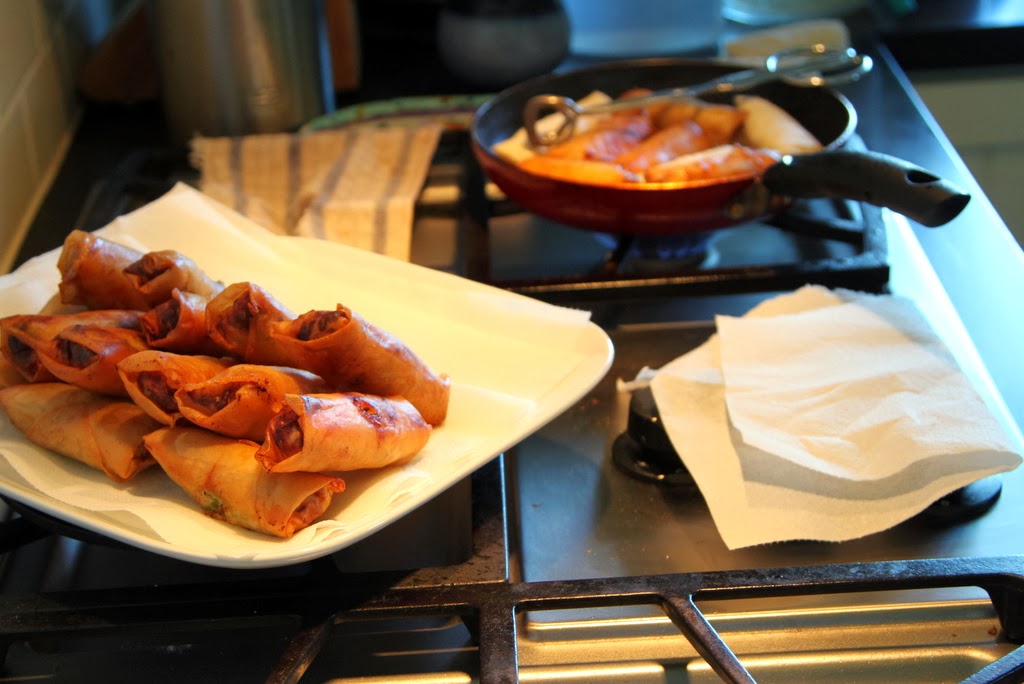 Lumpia with sweet chili sauce - this is just an example of a recipe, not the actual recipe.  In fact, there is no recipe.  Mom is just magical like that.
Mom's pancit - Again, I won't even bother with a recipe because NOBODY can make pancit like my mom. 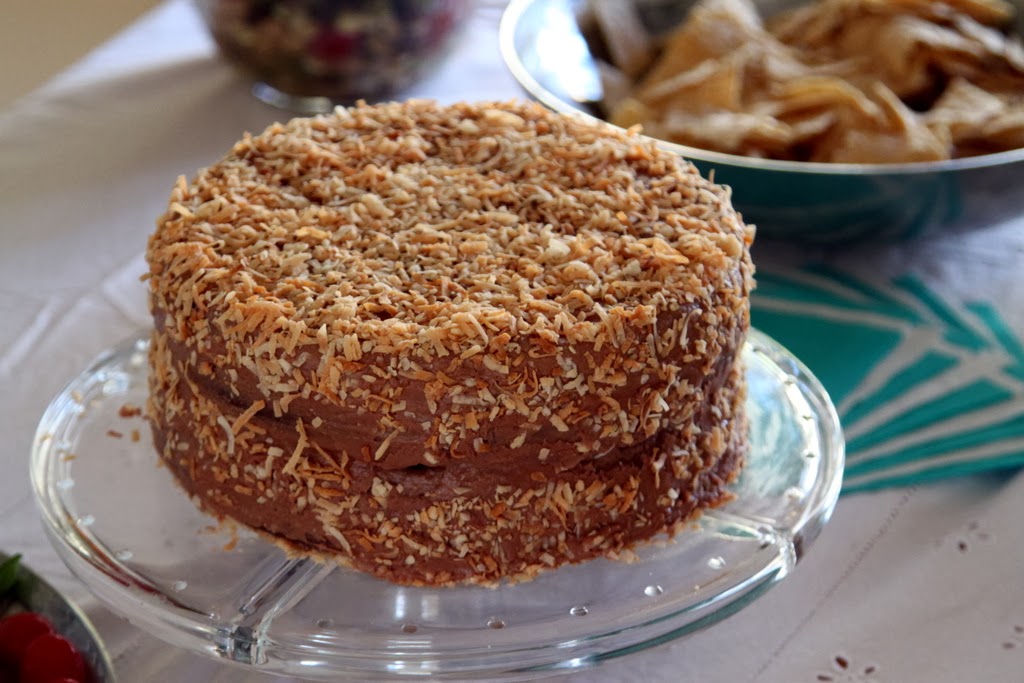 Gluten and Dairy-Free Chocolate Layer Cake - I skipped the coffee and instead made the frosting chocolate, then garnished with toasted coconut, which covered a multitude of frosting sins.  I'm really bad at frosting cakes.

Beverages
Spa Water
Seahawks Punch in honor of the Superbowl, which immediately followed the baby shower (Yes, there was Hawaiian Punch in it. Don't judge.) 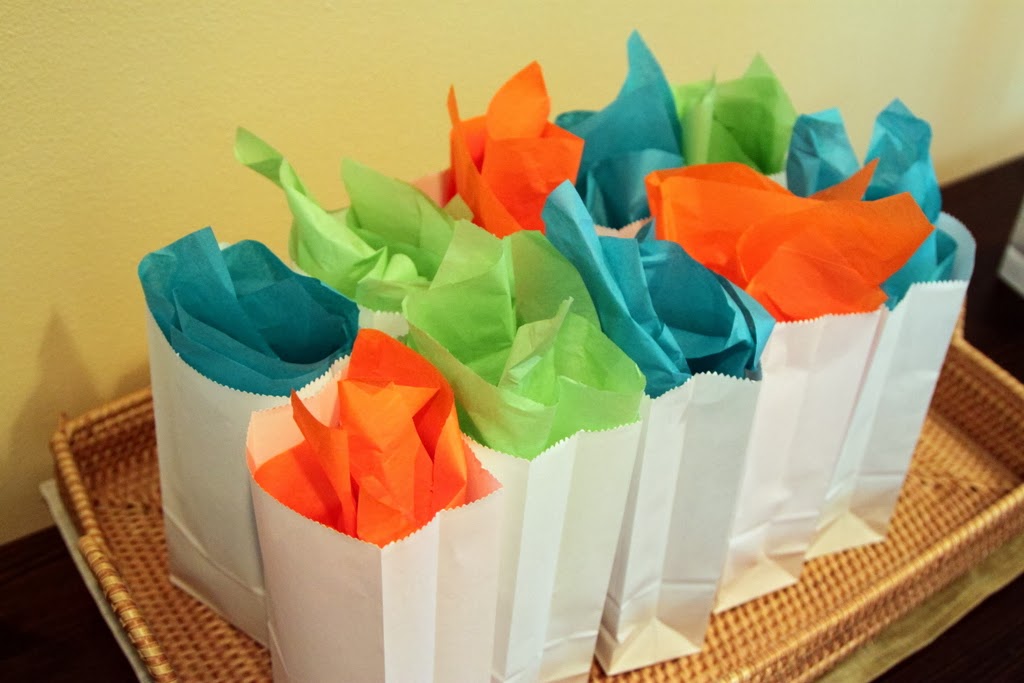 Party Favors
Coconut Macaroons - I substituted all-purpose gluten-free flour for the white flour and vanilla extract for the almond extract.

Decorations
Lucky for me, the mom-to-be's friend also named Mel handled decorations with the theme of kites and clouds in teal and orange. 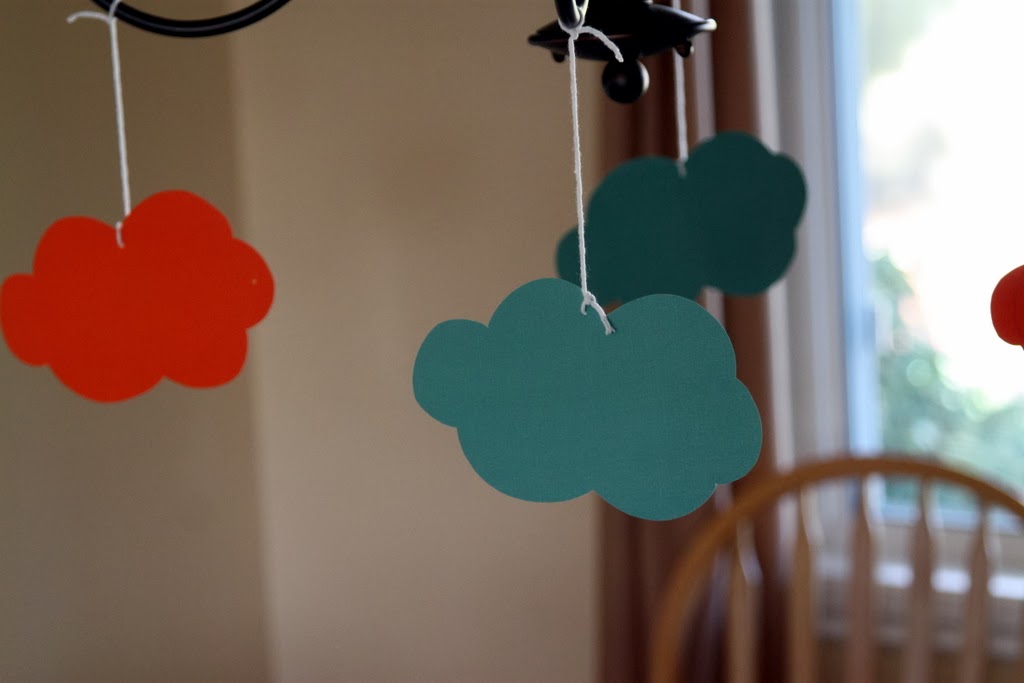 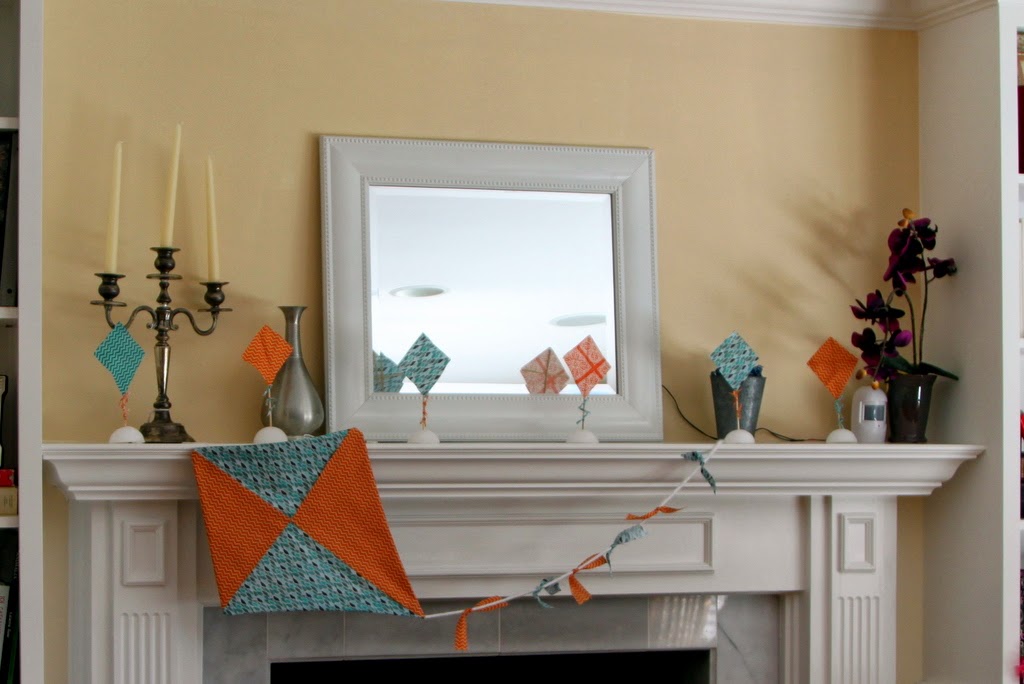 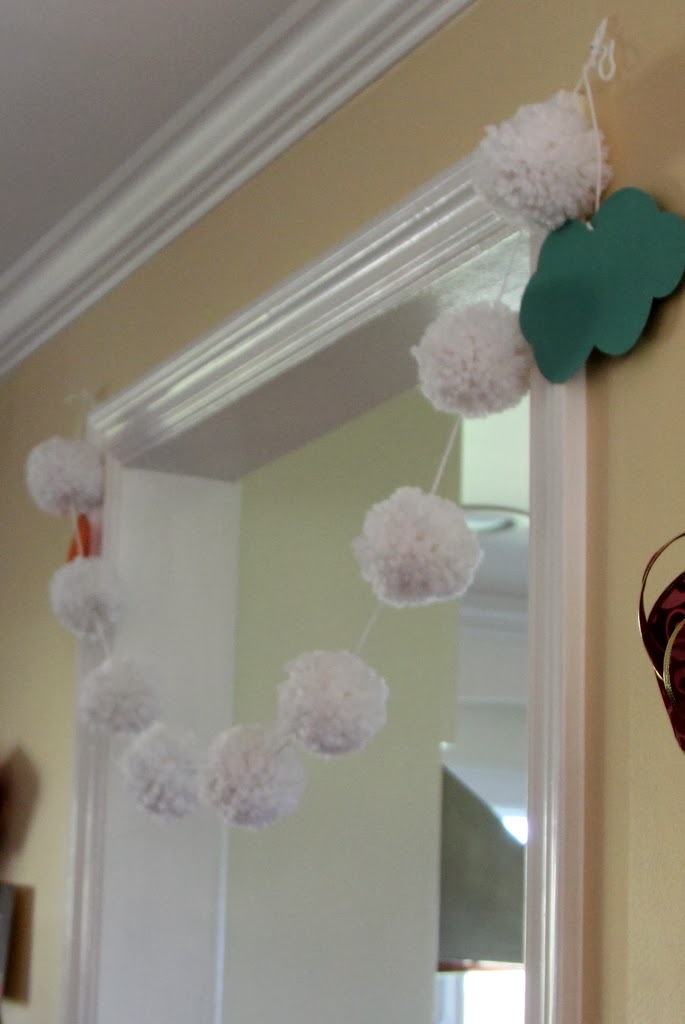 Games
I spent way too much time searching for ideas on Pinterest but eventually settled on two games.  One, based loosely off the Newlywed game, I entitled "What Would Nathan Say?"  This is where we learned that Nathan thinks newborns use an average of 3 diapers a day, and yet he still thinks Mel will change most of them.  The next game I entitled "Mel or Nathan," where guests had to guess who played with toilet water at 10 months, who hit his/her baby sister, and who ate a jade plant, requiring a call to poison control (Mel, Mel, and Mel).  Yup, that's my sister! 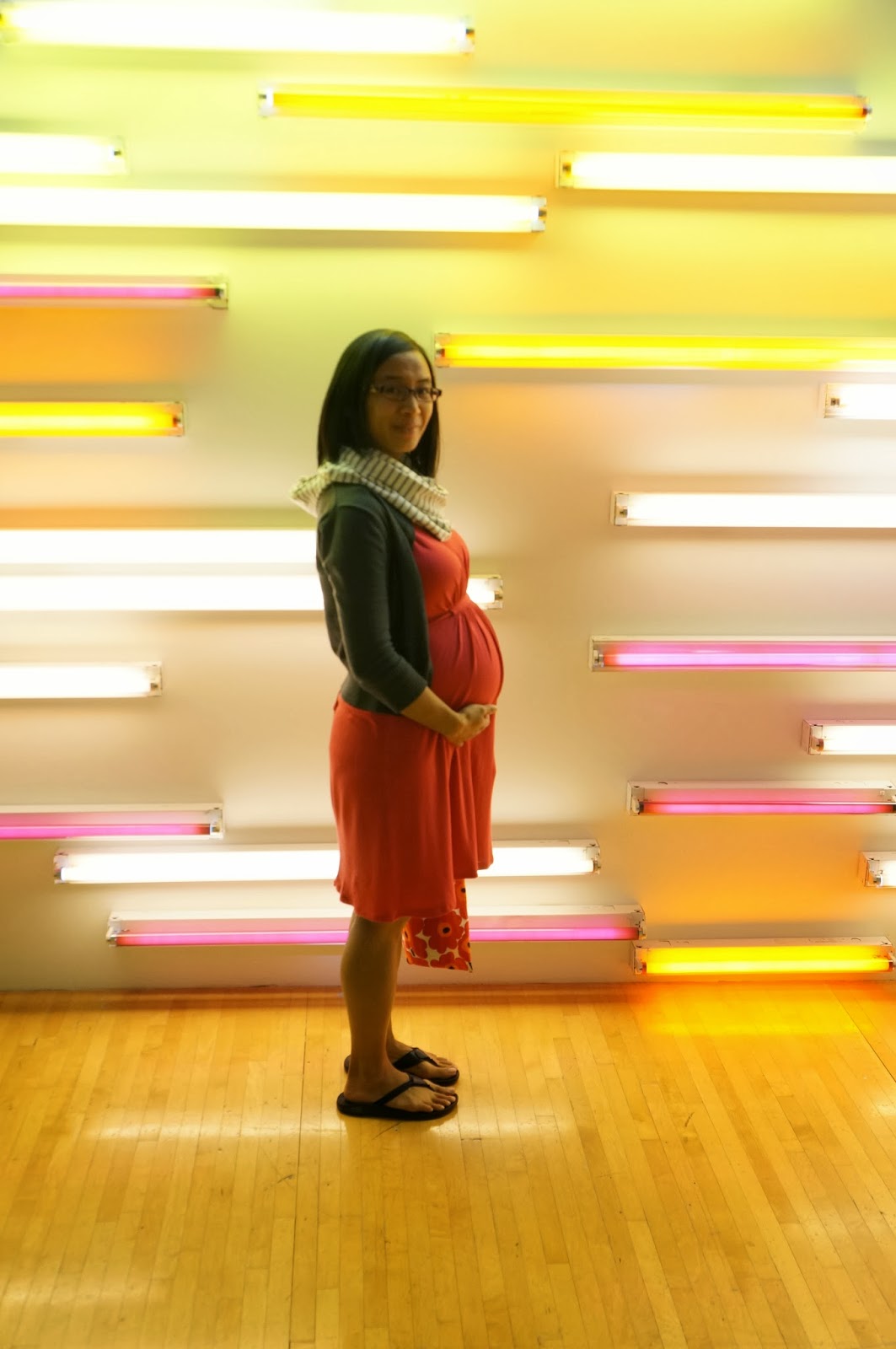